#introduction
Hello!!
I am Skirt and I am #illustrator interested in #art , and #indiedev !! https://mastodon.art/media/lOUXvFQuhCbBZ2MiEyM

I create for free for almost 5 consistent years now so I wanted to publish a digital art/sketchbook for anyone that wants to support me. It doesn't have ALL my art, but a lot of it and it's whoopin' 40 pages! Consider buying it please :) <3 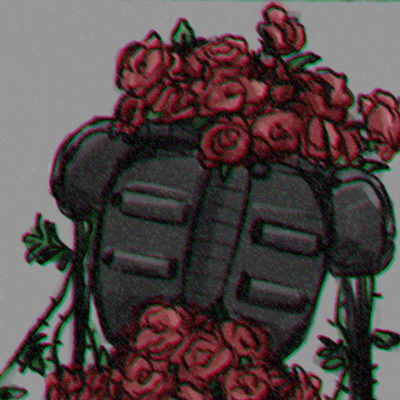 I've been playing #kenshi and already my Skeleton (robot) character is proving to be the strongest and most badass dude in my squad. I tried drawing him, but no matter how hard I try I can't draw standard Skeleton heads.

So uh I tried to come up with something that at least vaguely resembles it? Maybe a "same make, different model" deal.

I also ended up braining up a background story for him.... hoo boy. I'm attached. If he dies I'll be pissed. I'll savescum that shit if I have to. 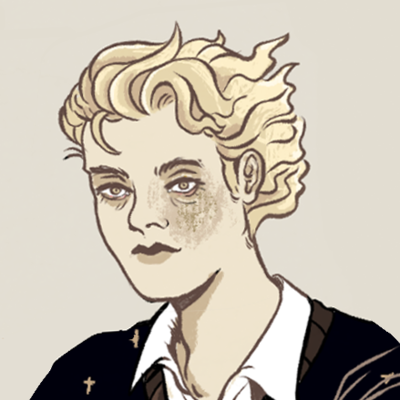 And!! This is a picture I really like...I am super proud of it, this is like a peak of my artistic abilities as for now!! I am super extra proud, I was trying to paint something like this ages ago and I failed miserably...now it's my time to shine!✨

Oh dear I just got there in a middle of hard work things I do!! How is everyone!! :) I will post some art and hang out a while before I disappear into some scary overworking mode again, www 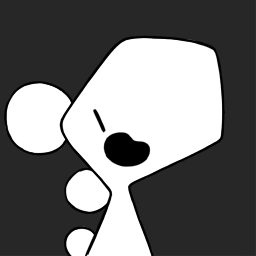 HEY I MADE AN ILLUSTRATION FEATURED THERE!!
Wanderlust campaign officially ends in 48 HOURS! #Mythology and #Illustration along with beautiful stories await inside!
We still have a ways to go to get funded, but we believe we can do it with YOUR HELP! Support us by retooting or backing our anthology #kickstarter at:
https://www.kickstarter.com/projects/1031125241/wanderlust-a-mythology-anthology

Meanwhile, these are my studies from last week https://mastodon.art/media/cIhTiYQyjN7iDuIE2AY

Houseki no Kuni fanarts!! I love this manga...so much...

Hey I'm opening #art #comissions !!
Two slots as for now, half-body experimental color with character! I wanna play with moods and feels. Examples in my media or on https://skirtsan.tumblr.com/

Shoot me an email with refs and info to -> kidofrillyskirt@gmail.com !

Julian my gator gurl being dapper. She wears more formal attire. Gotta look good while you're trying to convince people you're not up to shady stuff.
#oc #mastoart #creativetoots #ocs #art 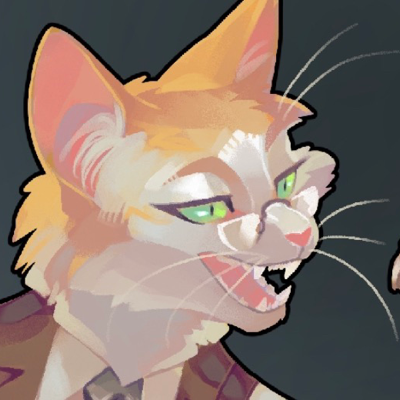 Exactly SEVEN days to go and we're halfway!!
Please spread the world & contribute to this beautiful artbook about myths and legends with my illustration in it! Here's my sneak peek :)
https://www.kickstarter.com/projects/1031125241/wanderlust-a-mythology-anthology

dumping the sketch there uuu

I haven’t forgotten about mastodon just yet...!
Here’s some fancy lights lol
https://mastodon.art/media/FhBKa2KSZP27avKaT0w

Hey I'm opening #art #comissions !!
Two slots as for now, half-body experimental color with character! I wanna play with moods and feels. Examples in my media or on https://skirtsan.tumblr.com/

Shoot me an email with refs and info to -> kidofrillyskirt@gmail.com !