@ChrisTalleras I can understand him not trademarking it right off the bat, as it's not cheap and he likely had no idea it would get this big. Had he done this after 1-2 years, it would've still caused drama and potentially killed the event.

There's no good decision in this situation. Either he loses his ability to stop corporations from taking advantage of Inktober, or artists lose their ability to sell Inktober books/merch. He can't have both, but he's trying to make it out like he can.

My apologies to my friends, patrons, and colleagues whose holiday cards arrive late. Some of them — including all the ones to my business associates in Latvia — I didn’t even post until yesterday, so it’s questionable whether they’ll reach their destinations before the end of the calendar year. 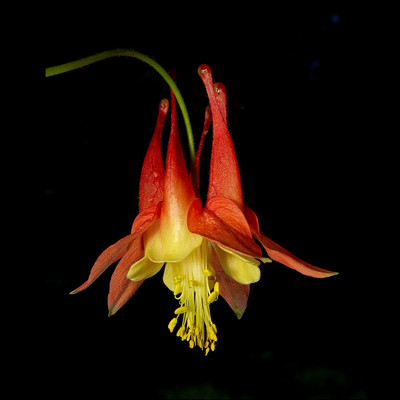 What does it mean when a user has 5 "follows", but when you click it it says they aren't following anyone yet?

Thursday through Sunday is the School of the Museum of Fine Arts annual benefit Art Sale. I'm offering a piece in the sale, the art for my 2019 holiday card. https://smfa.tufts.edu/events-exhibitions/art-sale #mastoart #SMFAartsale

Folks, am I right to be suspicious of follow requests from folks who don't have any toots of their own? Or am I just being paranoid?

I've never done Inktober, but I thought I'd close out the month with a gouache-on-black-paper drawing inspired by the music-hall song about Ann Boleyn. https://www.youtube.com/watch?v=-eX-K_CHd0c #mastoart #gouache

Come join me later today in Cambridge, MA (between Central and Kendall Squares) for the reception for the small-group show “Off the Page” at LabCentral, 4–7 PM. (If you get there after 5 there will be a phone number on the door you can call to be let in.) https://labcentral.org/news-events/gallery-1832/art-reception-off-the-page/ #comics #cartoons #art #reception #LabCentral

I'll be Location #55 for this weekend's Cambridge Arts Open Studios (CAOS) (https://www.cambridgema.gov/arts/Programs/openstudios). In addition to framed comics art on the walls, I'll have printed comics for sale. Plus I'll be painting these portraits of "Count" Cagliostro and his acolyte, Baroness Elisa von der Recke. (Both shown here with contemporary portraits.) #mastoart #pencils #watercolor #Cagliostro #Recke

The sun actually set over the Deschutes River over a very flat-terrained island covered with pine trees and shrubbery.

I find it much easier to blend colors on the paper with watercolor, and even with colored pencil. Conté crayons are literally a blunt instrument. #mastoart #conté #pleinair #vacapics

I tried using the color Conté crayons to draw the sunset on the Deschutes River when we were visiting a friend in Bend, OR. She didn't know the name of the hill here (probably Something Butte, as even the conical formations are called Buttes in these parts).

The Conté set has only 12 colors, and if there's a way to blend them on the paper, I don't know how to do it. (Any suggestions? I just get a smear with the last color dominating.) #mastoart #conté #pleinair #vacapics

Not wanting to take my watercolor gear on vacation with me last month, I bought a toned-paper sketchbook and a set of color Conté crayons. Warning: If you decide to use these, wipe down your scanner platen after scanning, as (unless you use spray seal, which I don't) it's dusty as heck. #mastoart #conté #vacapics

I don’t have my own table at FanExpo Boston this weekend, but at the Boston Comics Roundtable table (A1200), they’re selling the new BCR Playing Card Deck – and my art for <i>Le Roi de Coeur</i> (King of Hearts) is the King of Hearts. Go visit, say hi, and pick up a deck! http://bostoncomics.com/order-bcr-playing-cards-online/ https://www.fanexpoboston.com/content/dam/Informa/bostonComicCon/English/2019/Map/Exhibit%20Hall%20Map.pdf #mastoart #scratchboard #BostonComicsRoundtable

Here's an oldie of mine from 2005. I'm not much of a gardener, so it wasn't until someone pointed it out to me that I should have made the gardener's tan with white hands for gardening gloves.

Much on my mind lately, as I've now got gardening gloves (that fit my tiny hands!), and doing a lot more yard work than I did before I got them.
#mastoart #watercolor #cartoon