But Medicare itself has a lot of design problems and grift, as it is.

Making this really work will also require us to fix those things.

And the body that has to do this is the same one that can't overcome the filibuster to pass even basic things.
@calcifer 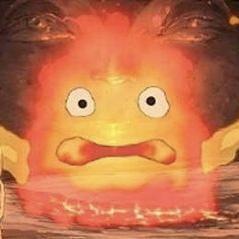 @TerryHancock @markusl I agree that’s probably the most likely to succeed here; and that it has some pretty significant problems that would need addressing, largely around access and how hamstrung the program is to negotiate care costs (which is one major criteria for success in other countries’ single-payer systems)

I honestly think we’d be better served by a public insurance scheme similar in principle to the German model (it’s far from perfect but would improve a lot and would be resistant to certain kinds of political fuckery after implementation), but the complexity means people will reject it. We tend to go for simple solutions and damn the problems.

I may be out of my depth here, but Medicare IS a public insurance system, right?

The UK's NHS, though, is a healthcare system run directly by the government, though, right?

It's definitely not my area of expertise. I'm just a poor citizen wanting health & dental care I can afford!

@TerryHancock @markusl Medicare is nominally a public insurance program, in that it doesn’t operate the health facilities directly but pays private providers

It is not a true public insurance program in reality, since it is largely prevented from doing the things that make insurance function (such as negotiating prices for care)

My worry with single-payer in the US is the “we’re not going to use federal funds to pay for abortion or contraception or gender-affirming care or whatever makes the fundies angry this year” folks using it as a weapon. They already are to an extent but single payer would be a big lever. Any system we go with has to address that problem IMO

@calcifer
I can see that.

But I also can see that even a system which didn't cover those things would be an improvement.

I definitely think that M4A needs to include adding the bargaining power. Without it, costs would balloon. It's just asking for corporate grift without that.
@markusl

@TerryHancock @markusl yep, we definitely need to address the pain of how many people are unable to access healthcare. ACA was a significant step forward, and we need more. I just hope we don’t further harm marginalized folks in the name of expanding access.