I don't think I have done a #FollowFriday post yet, but I do follow some pretty interesting people:

@morevnaproject Official account for Cyberpunk-anime retelling of the Russia folktale of "Marya Morevna"/"Koshchei the Deathless".

Also a HUGE source of animation production info and tools.

And currently producing a motion-graphic animated series based of "Pepper & Carrot", created by...

@davidrevoy - also the designer of "Sintel" of the eponymous open move by...

Some new people I met since I came here:

@ItsMeChrisWade Animator working on "The Will of Monsters".

@tio Is working on what looks an EPIC documentary series, "TROM".

@ChrisWere is mainly a tech-vlogger, still on YouTube, but also PeerTube. 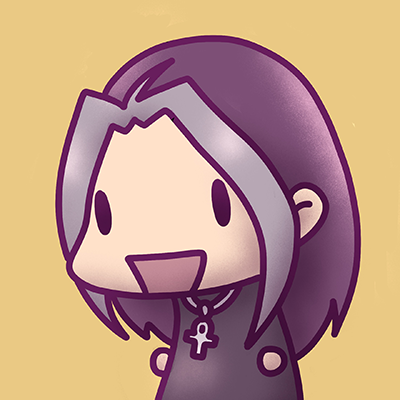 Thank you so much for the kind mention!

I barely stream lately, but if I do I will announce it here. You can find past streams on my Peertube account (link in bio).

Carlos Solís @csolisr@social.azkware.net
@Lyrilith
Quick question: are you using a free software stack for your sessions of virtual tubing, or do you intend to switch there when the alternatives are mature enough?
1
Apr 30, 2022, 08:32

@csolisr Yes, I'm using free software. Most of it isn't open source though, but there are some projects for that in the making. :)

@csolisr I'm using a 3D model made with VroidStudio. It's possible to create one in Blender, but my 3D skills are way too bad. 😅

Carlos Solís @csolisr@social.azkware.net
@Lyrilith I wonder if somebody is brainstorming a #Blender plugin to make avatars more easily from there?
0
Apr 30, 2022, 02:13

Love the effort you have put in to include a brief summary of each person.