This account is now only left for archive purposes.

Want to support me, my art, or the other work I do? Below is commission information (art, translation, UX), as well as three places to donate money to me, either regularly or as a one-time donation. 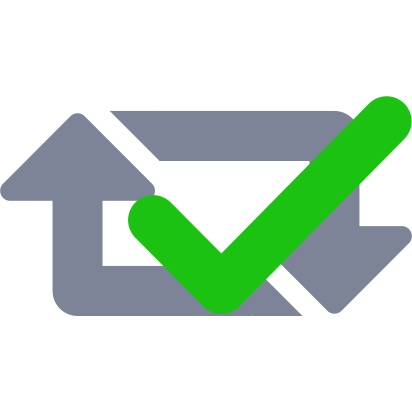 I made an AR book! 👏
You can download it as a PDF and print it and assemble it yourself and use the app to look at the character animations in your own home (if the app works for you... 😅 ) or you can look at the video I made to get an idea of what is happening! 💃
I'm also super proud of how I bound the exhibition book of this, it turned out really well despite not having had the time to send it to print.

About to make my first post on my new account, @Mellifloss ! It will be my art account from now on. This account will still be around for now, but I'll be mostly posting on Mellifloss.

Kosmas BNHA AU; it's not nude but it's very form fitting

Kosmas in the BNHA universe except they're in university. Kosmas' quirk is that other people are lucky when they hold his hand, so his outfit is mostly cute but with added speed boost wings so that he can run if he ends up in a dangerous situation. His hero name is Lucky Bunny because that was his nickname since he was a toddler and his friends made him keep it. 🍀

I also desperately want this as a game

I'm so glad guinea-pigs are getting more popular in Japan, this is the only content I need
https://www.youtube.com/watch?v=zgk5RW2x-NI

oops better get to bed before it's 3AM again
#MastoArt

Made myself a new mask strap! It's not super convenient in winter with all layers, but with how Sweden is treating this pandemic I fully expect it to still be relevant in the summer 🤷 and if by some miracle it's not, I've already tested and the clasps I use can be attached to my glasses too

The GGJ21 teaser trailer is out :D This year I'll be helping our organiser out so I don't think I'll be jamming exactly, but if we don't get an overwhelming amount of stuff to do I'll probably be doing some Live2D work 😁

used my lunch to paint my nails and put stickers on them, let's see how long it takes before I get annoyed by the stars 🤩

I completely missed that it was going to take place this year, but Visual;Conference just uploaded their 2021 talks

Finally got all my handmade planner stickers ready: stars, moons and week/date stickers! (the butterfly, memo pad and flowers are not mine.)
I'm using the moon stickers to mark out the full moons of the year, and the stars to mark which activities have been completed u7u

My sona, except moomin 😊

Did my first solo streaming session on SverokTV's Twitch channel today, and I sketched my upcoming facetracking avatar, doodled some among us beans and drew this Miku 😁

I wanna make proper illustrations for them, too, this was mostly to block out shapes and colours 😁

No jacket and coat!

(Made catcher's satchel overlap a bit weirdly so that it's easier to see for me, don't worry about it > w > )

Got my team rocket ocs designed 😁 Outfit breakdown in thread.

They're a pair in the sense that they're a scientist and a catcher that work together. Outwardly they appear mostly like they don't really care for each other, but it's mostly because they've known each other so long that they don't really have to speak much to communicate, and keep things short and clear for work... except when scientist tell bad jokes which catcher promptly ignores.

BANDAI NAMCO IS MAKING A SERIES WITH STOP MOTION FELTED GUINEA PIG CARS AND IT'S THE CUTEST FUCKIGN THING
https://www.youtube.com/watch?v=ev6pGQVWNSw

This account is now only left for archive purposes.